We’ve developed state report cards which provide a snapshot of how supportive each state is of walking, bicycling, and physical activity for children and adults as of 2018. 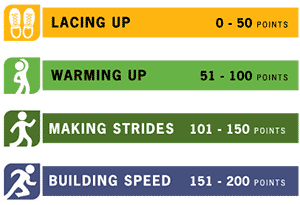 The full report includes a detailed explanation of how the states were graded. Download a quick guide to understanding the report card scores and grading and a fact sheet on how to use your state report card.

The maps below show grades and information about key indicators for each state. Click on the map to view each state's report card. 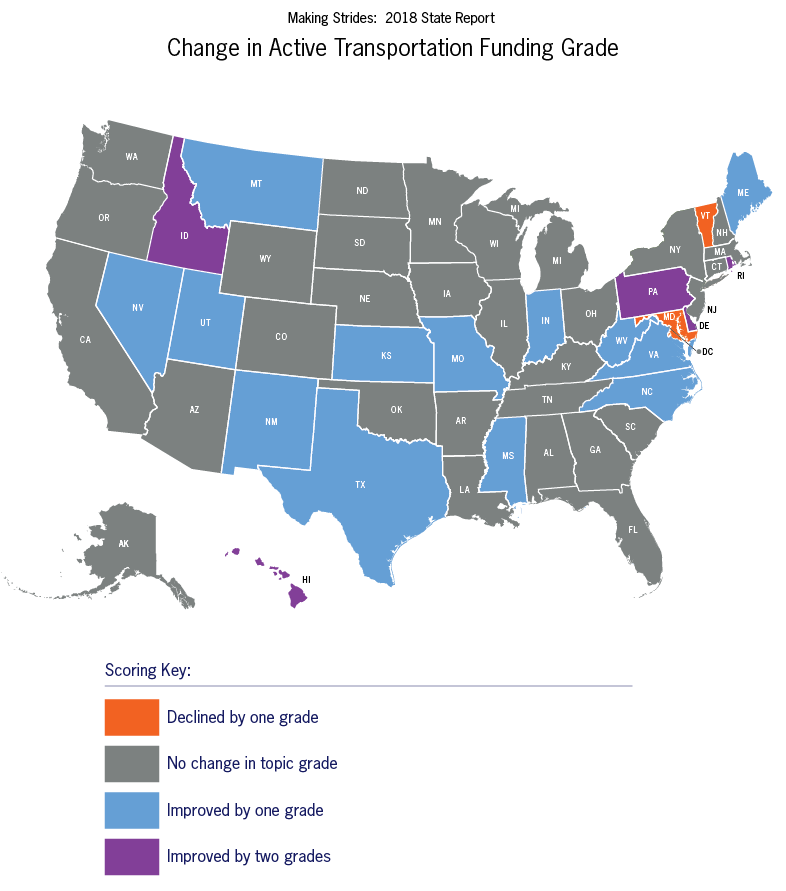 This map (figure 1 in the report) shows the change in states’ scores from 2016 to 2018 in the core topic area of Safe Routes to School and Active Transportation Funding. Most states’ scores remained the same, a number of states improved by one grade, and a few states declined by a grade or increased by two grades. 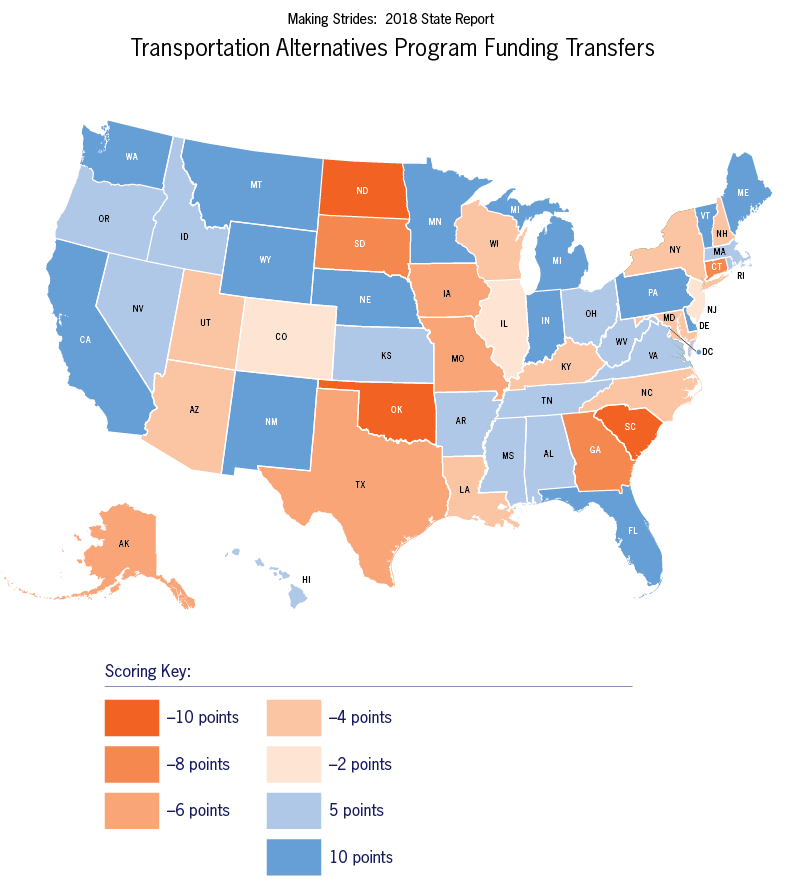 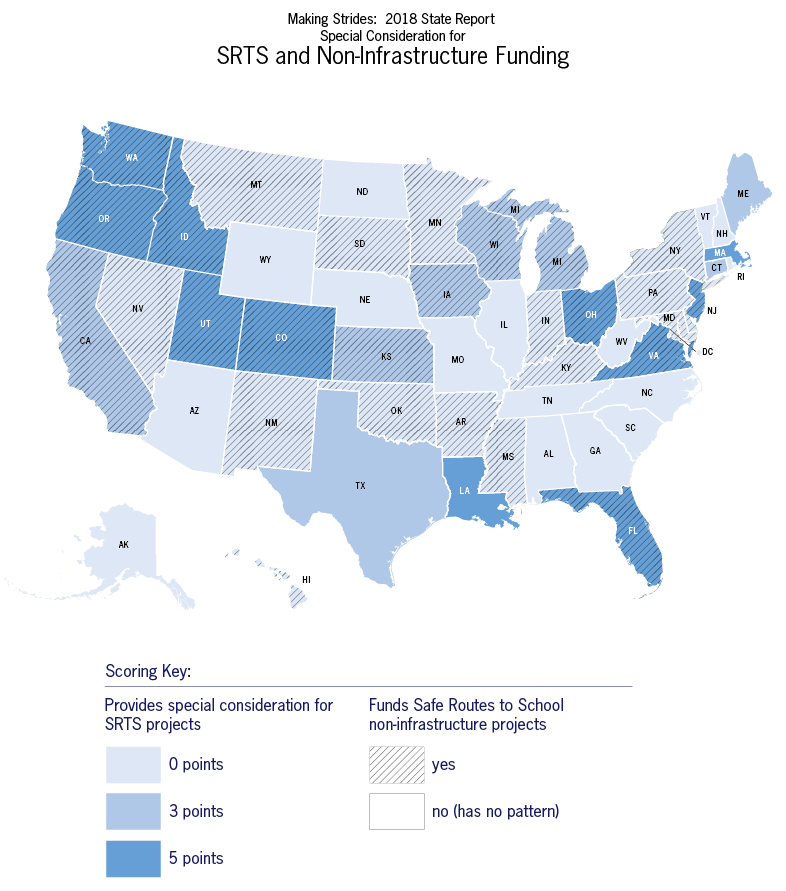 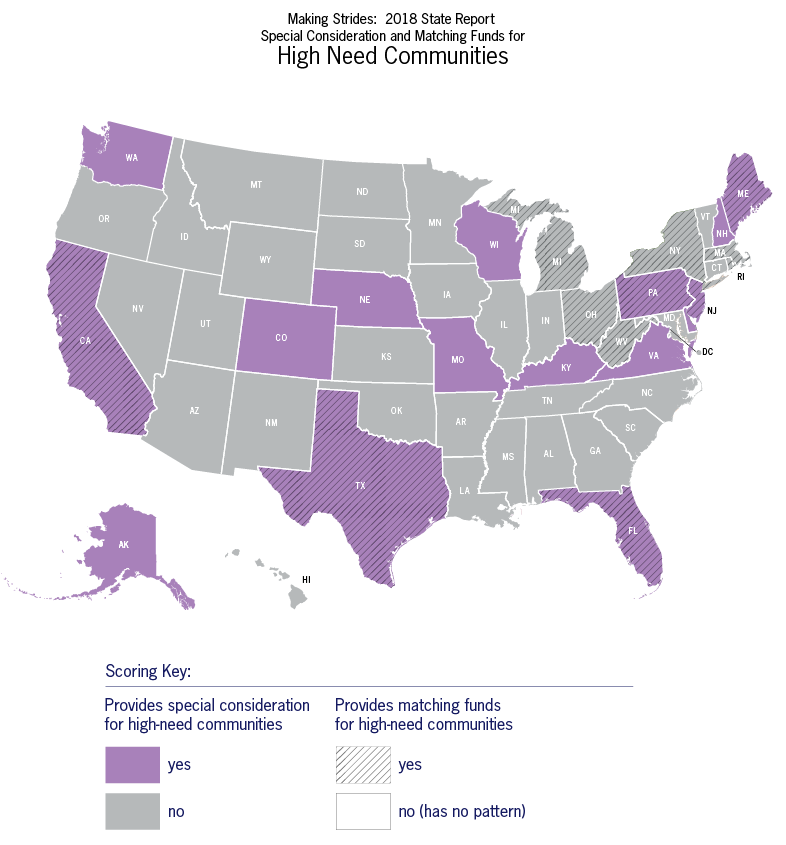 This map (figure 4 in the report) summarizes states’ performance on two related indicators involving funding for high needs communities: the color of the state (purple versus gray) indicates whether special consideration (such as extra points or set aside funding) is provided in TAP fund awards to high needs communities; hatch marks indicate whether the state provides matching funds to help low income communities overcome the financial barrier posed by the match requirement of TAP funding. 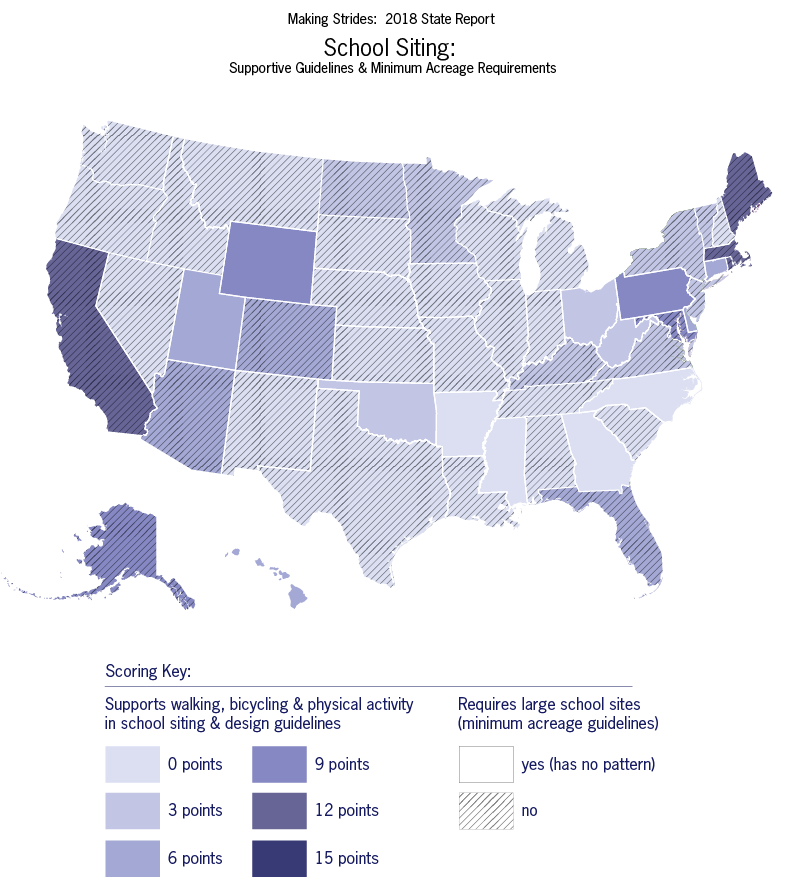 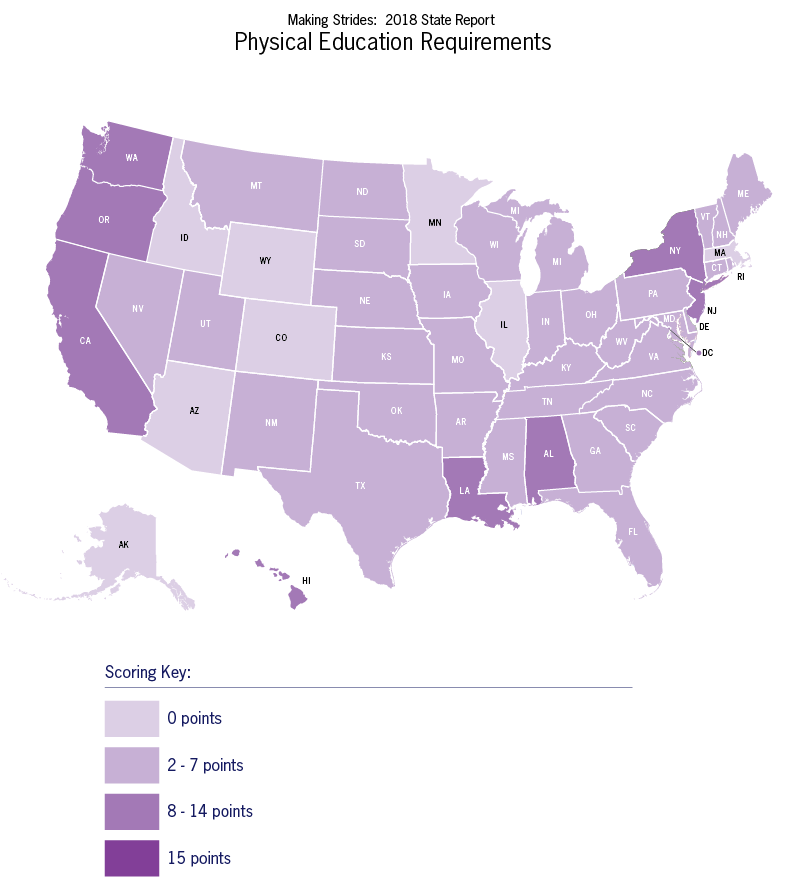 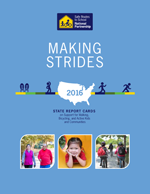