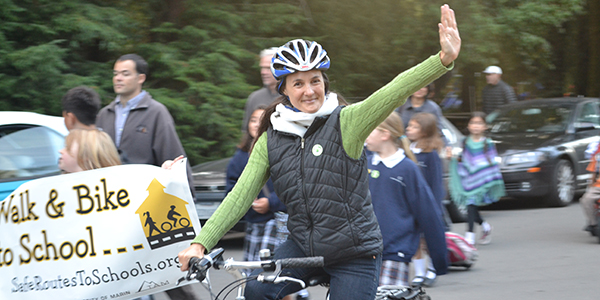 Deb would have been proud to know how much has been accomplished in one year. Last September, the Surgeon General announced a call to action for walking and walkability, recognizing the importance of walking and physical activity for the health of all Americans. In April, hundreds of Safe Routes to School advocates and champions came together for the fifth Safe Routes to School National Conference in Columbus, Ohio.  And the Safe Routes Partnership, which Deb founded in 2005, celebrated its 10thanniversary, having grown from an all-volunteer organization  to a powerful coalition with more than 800 partners, a $3 million budget, and nearly 20 staff who are working to advance walking, biking, and physical activity in communities across the country.

Today, we pause to remember Deb’s spirit, tenacity, and commitment to making our world a healthier place.  And, more than that, we thank all of the people who continue to mirror her passionate and collaborative approach to keeping the movement going in schools, neighborhoods, cities, states, and across the nation.