Based on an interview with principal Anne Lintner and home-school liaison Sonny Rodriguez of Keister Elementary School in Harrisonburg, VA.

At Keister Elementary in Harrisonburg, VA -- a midsize rural city about two and a half hours from Washington, DC -- Principal Anne Lintner has long championed the benefits of walking and exercise for students. She has supported the school’s participation in International Walk to School Day since becoming principal in 2005, and also started a Walking Friday program where kids would walk on the track for 20 to 30 minutes before school each Friday.

During the 2007-08 school year, Keister Elementary received a $500,000 federal Safe Routes to School grant that funded new sidewalks, traffic calming, crosswalks, bike lanes and new signage around the school. After the project was completed in 2011, starting a walking school bus program was the obvious next step.

But when the school first floated the idea of replacing an entire school bus – one that bussed kids about a quarter mile from a nearby housing complex to the school – with a walking school bus each Friday, families were skeptical. Was it safe? Would the kids be supervised? How would this benefit families? 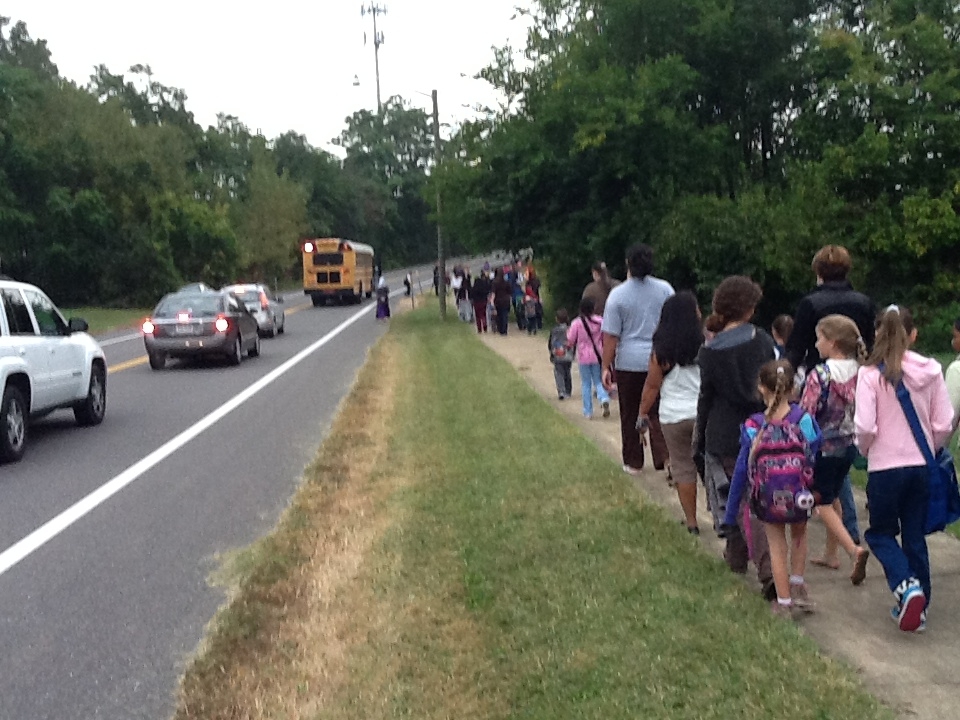 Keister is located in a diverse community with more than 40 languages spoken in its school division alone. As Keister’s home-school liaison, Sonny Rodriguez’s job is to build bridges between the school and neighboring communities, especially among Spanish-speaking families. So to build support for the walking school bus program, Sonny visited each of the families at their home, explaining what a walking school bus was and reassuring parents that their kids would be supervised along the way.

Thanks to that direct outreach to parents, the walking school bus has 100 percent participation each Friday and an entire school bus route was eliminated. Some of the parents are involved as volunteers in the program; other supervisors include school staff and community volunteers. 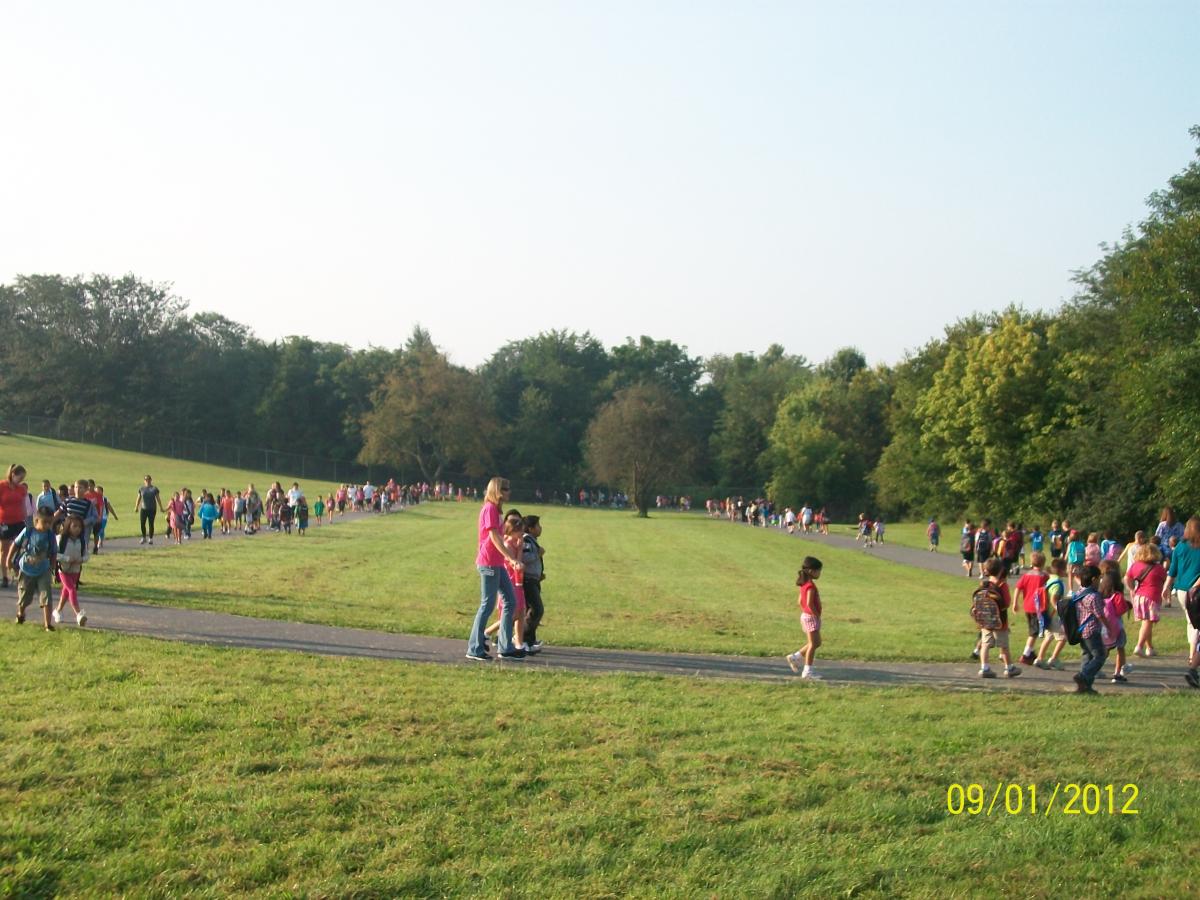 Principal Lintner has noticed an increase students walking and bicycling since the infrastructure improvements and start of the walking school bus program. Now, she says, some students are walking and bicycling to school five days a week. Also, a morning track walking program now takes place twice a week, and Principal Lintner hopes to see it expand to five days a week.

Keister’s walking school bus success is motivating the nearby community to takes steps to make walking to school even easier. This year, the neighborhood plans to clean up and clear out an overgrown field that separates the housing complex from the school, which would make it more convenient and safer for kids to take the shortcut through the field to school.

“Our success has also influenced other schools in the city,” said Sonny. “There’s another elementary and a middle school that, as a result of Keister’s spark, have begun to organize walking around the track in the morning – and that might lead to forming their own walking school bus.”

Big applause to all those involved at Keister Elementary! Does your school or community have a similar story to share about active transportation? Submit your success stories about increasing opportunities for physical activity through Complete Streets, shared use agreements and Safe Routes to School and we might spotlight your story nationally next!