Baltimore: The Historical Ramifications of Being Cut-Off 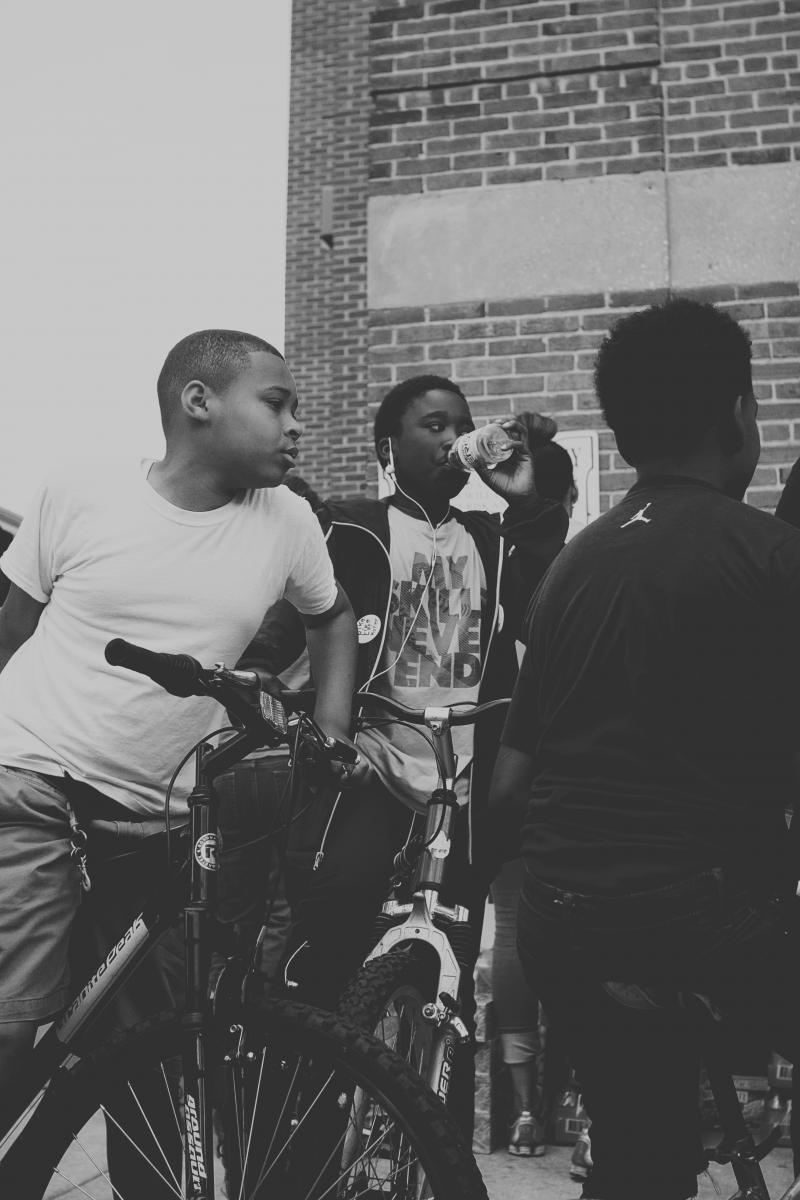 If you travel up North Mount Street between Laurens Street and Presbury Street you find the Gilmore Homes, now most infamously known as the place where Freddie Gray’s life began to slip away.  I walked up North Mount, not shocked by what I saw, but filled with dismay.  You could not go one street without a burned out home, abandoned property, or empty lot.  Three corner stores represented the only nearby neighborhood grocers, and transit was scarce.  Yet, still this predominately low-income, African American community was vibrantly hopeful.  Folk were out on the stoop with barbeque and music; kids were out and about playing; and everyone was biking and walking. Yes, you read that correctly – biking and walking.  From the older gentlemen in their work attire to the cluster of young boys that directed us to the mural honoring Freddie Gray, to the scores of people who stopped by as we served food, water and medical supplies, biking and walking were everywhere.  Seeing this caused me to ask this question:  How many of these people are faces in our data and how many of them are missing?  In other words, what assumptions are we making in our program and policy strategy that causes us to miss the opportunity marker in who can be served and advocated for?

In Baltimore, the repercussions of eminent domain, freeway expansion, gentrification, foreclosures, and the dismantling of public housing have eliminated safe and healthy mobility for many underserved communities and cut them off from the ability to meet their basic needs.  This was no accident or oversight.  In 1944, Robert Moses, a dominant national voice on the planning and build out of urban expressways was talking about slums and the poor people of color who inhabited them when he said, "the more of them that are wiped out the healthier Baltimore will be in the long run."  From 1951 to 1971, 80 to 90 percent of the 25,000 families displaced in Baltimore to build new highways, schools and housing projects were black.  Therefore, it is safe to assume that the evolution of these young and old residents’ mobility choice is rooted in the historical consequences of being cut off.

Baltimore is not new and Baltimore is not the only. The combating of violence, racial profiling, health disparities, low physical activity levels, food deserts and lack of neighborhood schools is rooted in the question of access.  Does this community have access to its most basic needs and what have been the historical ramifications of these communities being cut off and disposed of?  We know that people of color who are also low-income are more likely not to have a car, more likely to walk or bike to school and have taken up bicycling at a faster rate than white Americans from 2000 to 2009 – but do we know why and do we know the reverberating effects of that why?

Equity in place is not simply the maturation towards inclusion; it's a tailored strategy that affords equal opportunity. As many of us grapple with the uprising in cities like Baltimore, it is important to recognize that ever present disparities unquestionably play a triggering role.  The recognition that those fires did not first start a couple of weeks ago is critical if we are to understand what the problems are without overlooking their complexity and origins.  Though data identifies the problem, it’s the on the ground community building that brings the right solutions into focus. As advocates, we have to welcome the challenge of facing the history that ignited such disparities and make equity a priority.

We continue to learn and advance transportation equity with our partners and in our publications and webinars. Keep the conversation going with me by posting a comment or emailing me directly keith@saferoutespartnership.org